Designed for broadcasters and A/V professionals, Blackmagic Design‘s ATEM Television Studio HD is a compact yet powerful and easy-to-operate solution. Four of each HDMI and SDI inputs are available on the rear of the chassis, and both sets of inputs support SD and HD resolution signals. The relatively small chassis can fit on a standard equipment rack with the separately available Teranex Mini Rack Shelf, so it can be brought on location for streaming video, or installed semi-permanently for recording or broadcasting from a studio.

The front panel keeps essential controls at arm’s reach, while more advanced controls and settings, such as upstream and downstream keyers, graphics, media, and precise mixing for the 10 channels of available audio can be accessed through the USB interface or with an ATEM control surface. Move to the rear to reveal the BNC and HDMI connections for input and output. Multiview can be transmitted over SDI or HDMI to align with your equipment setup, and an AUX output lets you send video to an external display, which is great for live events with a projection setup. Four of the SDI outputs have embedded talkback audio for studio setups. Blackmagic Design Studio Cameras can also be controlled from the switcher for consistent looks across the board.

Layer live video over other video sources or graphics with the Upstream Keyer. You can use luma key, linear key, pattern key, or shoot against a green screen and use chroma key to instantly composite the video over virtual sets.

The ATEM Television Studio HD includes two downstream keyers so you can add high-quality graphics like logos, bugs, and titles from the built-in media players over the live ‘on air’ program output. Downstream keyers are the last layers of keying, so they overlay all video switched to the main program output.

To automate complex sequences of precisely timed actions on your ATEM switcher, you can now create powerful shortcuts called macros. Record a sequence of transitions between video sources, including key effects, audio mixer adjustments, camera control settings, and more using the ATEM software or hardware control panel. Macros are saved as XML files that can be edited with a standard text editor, so you can combine them together to build sophisticated sequences that would be impossible to execute manually during a live production. That means you can create unique looks or your programs that can be recalled instantly, copied between switchers, and used repeatedly when you require them.

The four SDI talkback outputs on the ATEM Television Studio HD support mix minus, which is important when you are working with remote interviewees. For example, you could remove input 5 from the program audio on output 5, so the remote interviewee hears everything in the program except themselves talking and won’t be distracted by any audio delay.

The built-in audio mixer lets you control camera and external audio with precision level and balance adjustments on all 10 available channels. You can enable or disable channels, or activate audio-follow-video (AFV) mode instantly. Adjust the mixer via the ATEM Control Software or plug in an external Mackie standard USB fader panel.

Multiview allows you to see your sources, graphics, preview, and program outputs on a single screen so you don’t need separate monitors for your individual cameras. You get HDMI and SDI multiview outputs so you can connect professional broadcast SDI monitors, computer monitors, or even consumer HDTV sets.

Eliminate external character generators by storing up to 20 broadcast quality RGBA graphic files in the media pool. The two media players appear as input sources to your switcher. You can transition to graphics as full frame video or feed them to the keyers for overlaying video. Popular image formats such as PNG, TGA, BMP, GIF, JPEG, and TIFF are supported.

Use the included Photoshop plugin to create still broadcast graphics and instantly add them to the ATEM Television Studio HD’s media pool. Add professional looking logos, lower thirds, scorecards, or other real-time graphics and get them on air in no time. 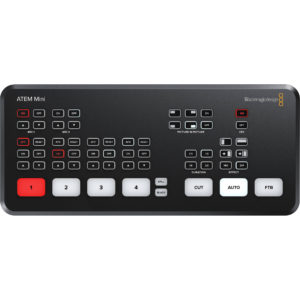 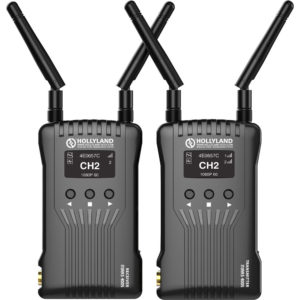 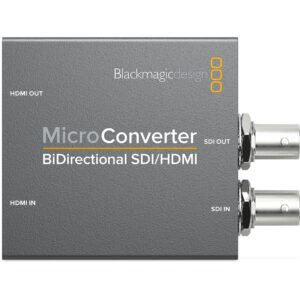 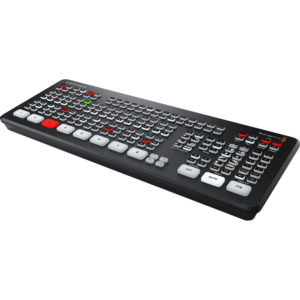 The Blackmagic Design ATEM Mini Extreme is an 8-input live production switcher for live streaming. It features an integrated control panel and has advanced broadcast features. In addition to live streaming using RTMP protocols, you can also output your program as if it was a webcam over USB. This versatile switcher’s eight independent HDMI inputs accept all popular HD signals up to 1080p60. Each input has discrete frame rate and format converters, and it supports re-syncing for seamless switching between a variety of pro and consumer cameras, game consoles, and computer feeds.

Switch, add effects, color grade, and key in real time using the control surface’s buttons, or via the software control panel. CCU functions are available for controlling Blackmagic Studio and URSA Mini/Broadcast/Micro Studio cameras from the switcher. The ATEM Mini Extreme supports up to nine layers, with four upstream and two downstream keyers, up to four chroma keyers, up to four linear keyers, two DVE with borders and drop shadow, five pattern generators, and two color generators. Designed for live streaming or webcam production, the Mini Extreme has HDMI outputs to feed monitors and supports up to 16-screen multiview.

The front panel includes easy-to-use buttons for selecting sources, video effects, and transitions. The source buttons are large, allowing you to operate them by feel. Included on the ATEM Extreme are buttons for audio mixing, recording, and streaming control, as well as output selection buttons that let you change the video output between cameras, program, and multiview. On the rear panel, there are HDMI connections for cameras or computers, extra microphone inputs, USB for webcam out, plus an HDMI “AUX” output for program video.

You can output using the Ethernet connection to your network or use the USB Type-C output to have your switched show recognized as a webcam input by virtually any video software such as Zoom, Microsoft Teams, Skype, Open Broadcaster, XSplit Broadcaster, and others.

If you’re doing live production on location, the ATEM Mini Extreme models support connecting an Apple or Android phone to the USB port to use mobile data. It’s also a great backup for the main Ethernet connection, so you don’t drop your stream if your hardwired connection gets interrupted. The switcher will automatically switch to using the phone as the primary connection, and the USB port will also power your phone, so the battery won’t drain.

You can configure the HDMI output for multiview with 4, 7, 10, 13, up to 16 views including Program, Preview, eight HDMI inputs, SuperSource, clean feed, media player, streaming status, recording status, and audio meters.

The switcher can store up to 20 images with fill and key, and it supports PNG, TGA, BMP, GIF, JPEG, and TIFF file formats.

The ATEM Mini Extreme models support the direct recording of your streaming data to USB flash disks using the same H.264 video files with AAC audio that you streamed. Recording to multiple disks is also supported via a USB hub or the Blackmagic MultiDock, so when a disk becomes full, recording can continue to a second disk for nonstop recording. Record settings and disk selection are set up in ATEM Software Control, and there’s a record status view in the built-in multiview. You can even trigger recording on connected Blackmagic Pocket Cinema Cameras.

One of the benefits of ATEM Mini is the professional production values possible using the range of built-in video effects. The cut button ensures an instant cut when switching between sources. The auto button is a professional term used on large broadcast switchers to enable video effect transitions. There are duration buttons for video effects allowing 0.5-, 1-, 1.5-, and 2-second settings. You can also select the type of effect you want including mix, which does a smooth transition between sources, and dip, which fades via a color during the transition. Or use fun DVE effects that move the image off-screen when transitioning between sources.

With two independent 3.5mm stereo audio inputs, you can connect desktop and lapel microphones, or you can connect a music player to generate introduction music after the live stream commences but before the program starts. With two extra stereo audio inputs, you can ensure a host and guest both have lapel microphones when doing interviews. All audio inputs to the ATEM Mini include buttons on the panel for adjusting audio level and enabling inputs into the audio mixer. All models feature a Fairlight audio mixer with all HDMI inputs, and both microphone inputs are connected to the audio mixer, so you can live mix from all audio sources. The ATEM Mini Extreme also adds a headphone output.

Hiding in the ATEM Mini Extreme models are a host of broadcast-caliber features that are accessible when connected to a Mac or Windows computer running the free ATEM Software Control app.
$1.279,99
Aprox R$ 8.524,73 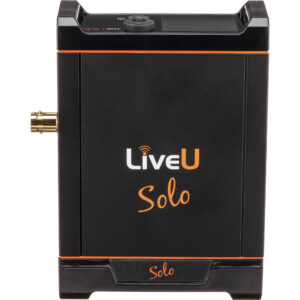