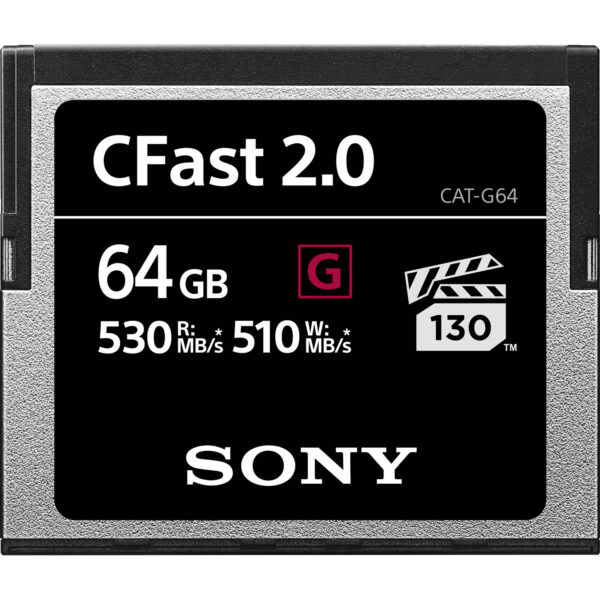 Designed for cameras that are compatible with the CFast 2.0 standard, such as the Canon EOS 1DX Mark II, EOS C200, EOS C300 Mark II, XC10, and XC15, the 64GB CFast 2.0 G Series Memory Card from Sony can be used to record a variety of content, such as 4K video, raw and high-resolution images, continuous burst shooting, and more. It features maximum read speeds of up to 530 MB/s, maximum write speeds of 510 MB/s, and thanks to Video Performance Guarantee-130 (VPG-130) support, minimum sustained write speeds of 130 MB/s are guaranteed.

Built for professional use, Sony CFast cards are tested for dependable storage and feature resistance against shock, static, and breakage, as well as the ability to perform in temperatures ranging from 23 to 158°F. In the event that content stored on this card is damaged or lost, Sony File Rescue software is available as a free download. 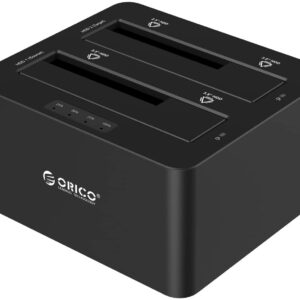 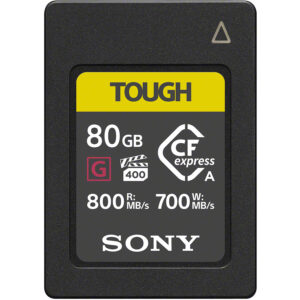 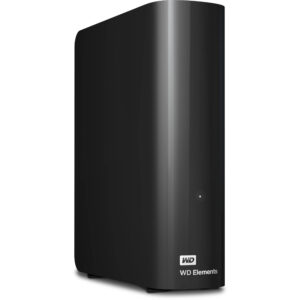 Preformatted NTFS for systems running Windows 10, 8.1, or 7, the 6TB Elements Desktop USB 3.0 External Hard Drive from WD provides users with up to 6TB of add-on storage for their photos, videos, music, documents, and other files. It features a 5 Gb/s micro-USB 3.0 interface, which is also known as USB 3.1 Gen 1, and is compatible with 480 Mb/s USB 2.0. It is powered using an 100-240 VAC power adapter, is formatted NTFS for Windows, and includes a USB cable. 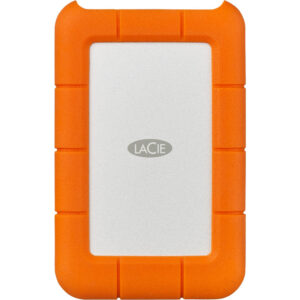 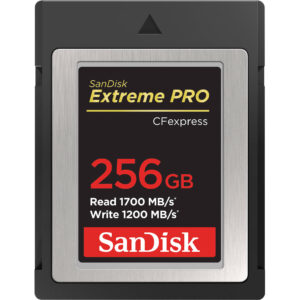 Designed to deliver speeds necessary for working with smooth, raw 4K video captures at resolutions up to 4096 x 2160, the 256GB Extreme PRO CFexpress Card Type B from SanDisk provides read speeds of up to 1700 MB/s and write speeds of up to 1200 MB/s, which enables low latency during high-speed recording and an enhanced workflow efficiency. This card is also backward compatible with select XQD cameras that adopt firmware to enable CFexpress. In the event of accidental file deletion, SanDisk’s RescuePRO Deluxe data recover software is available as a free download.

Please check with the manufacturer of your particular camera to ensure CFexpress compatibility. Expand your laptop or tablet into a workstation with the Xcellon USB 3.0 Type-C Mini Docking Station, which turns a USB Type-C port into multiple ports for increased productivity. The Xcellon USB Type-C Mini Dock provides two USB 3.0 (USB 3.1 Gen 1) ports with up to 5 Gb/s transfer speeds to enhance your gear’s capabilities with external storage drives and printers. There’s also an SD (UHS-II) card reader that supports fast transfer speeds from your memory cards, allowing you to quickly drag-and-drop photos and video files. For increasing your device’s onscreen workspace, an HDMI port is on board and supports resolutions of up to 3840 x 2160 at 30 Hz.

The docking station connects to your USB Type-C laptop or mobile device via an integrated cable that sports a USB Type-C connector, which makes for quick plug-and-play and can also be used with Thunderbolt 3-equipped systems. The USB Type-C connector is reversible, so you can plug it in, no matter the direction. Aside from an easy-to-use design, charging the host laptop is made simple with Power Delivery compatibility, which allows your computer or mobile tablet to stay powered and charged by using your USB Type-C power supply. Additionally, the dock’s small size keeps it portable and easy to take with your everywhere.